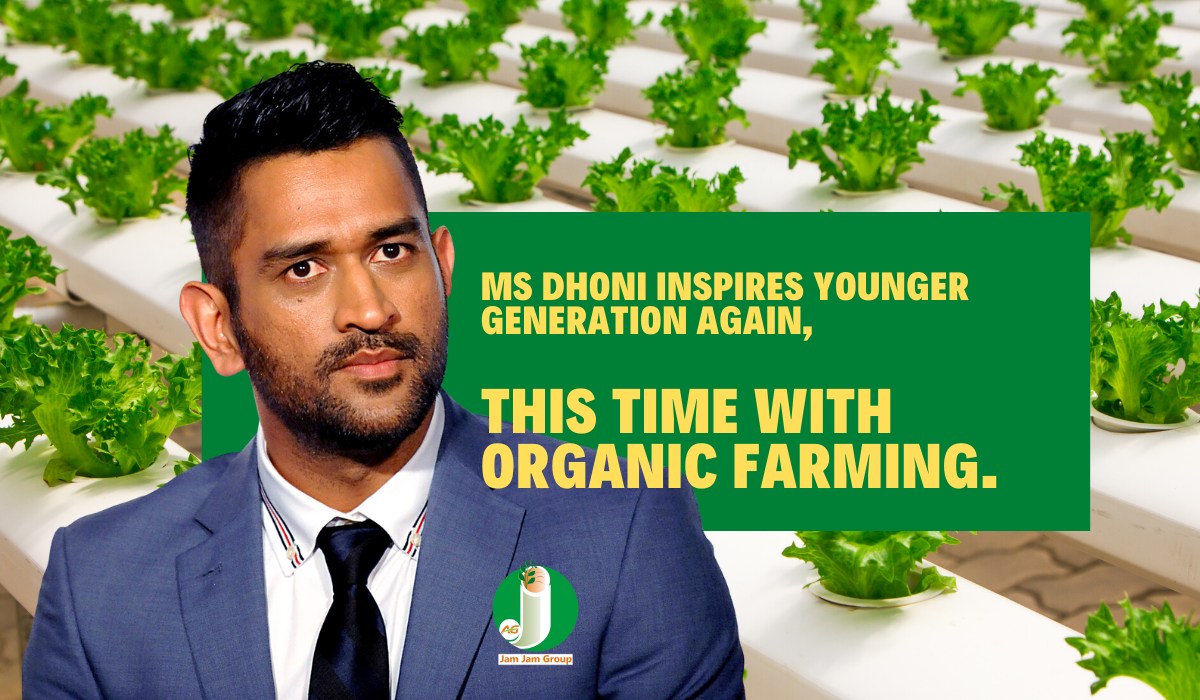 One of the most dynamic cricketer and former Indian team captain, MS Dhoni may not have played any International match since July but the charismatic wicketkeeper-batsman always manages to make headlines. Mahendra Singh Dhoni has not played for Team India since the exit from World Cup 2019 after losing the semi-final match to New Zealand in Manchester.

After the World Cup, Dhoni, the three-time ICC trophy-winning captain (T20 World Cup 2007, 2011 World Cup & 2013 Champions Trophy), took a break to spend some time with the Indian army. Since then rumours have galore around the Dhoni’s International future but that has not fazed him one bit.

The champion wicketkeeper-batsman continued to feature on public forums. Just few days back, a picture of MS Dhoni making ‘pani-puri’ during his vacation with ex- cricketers went viral on social media. Now after returning from the Maldives, Dhoni is trying his hands at organic farming.

The former Indian World Cup-winning skipper posted a video in his official Facebook account in which he captioned – “Start of organic farming of watermelon in Ranchi followed by papaya in 20 days time. First time so very excited”.

In the video, Dhoni was seen with some of his close friends sowing seeds after performing puja with incense and breaking the coconut.

A local of Simalia, where the cricketer now lives in a sprawling campus, having shifted from his Harmu residence, said that Dhoni was very fond of farming.

Shambhu Nath Mishra, Chief Technical Officer of the Institute of Forest Productivity in Ranchi, said that it was a great initiative by the cricketer. Mishra said, “Organic farming reduces pollution, improves water conservation, decreases soil erosion, increases soil fertility & saves energy. Also farming without pesticides is life saving for birds, animals and people who live close to the farms. It is a great initiative towards fighting the effects of global warming”.

This story first appeared on: Krishi Jagran News Feed without any modifications to the text. Only the headline has been changed.