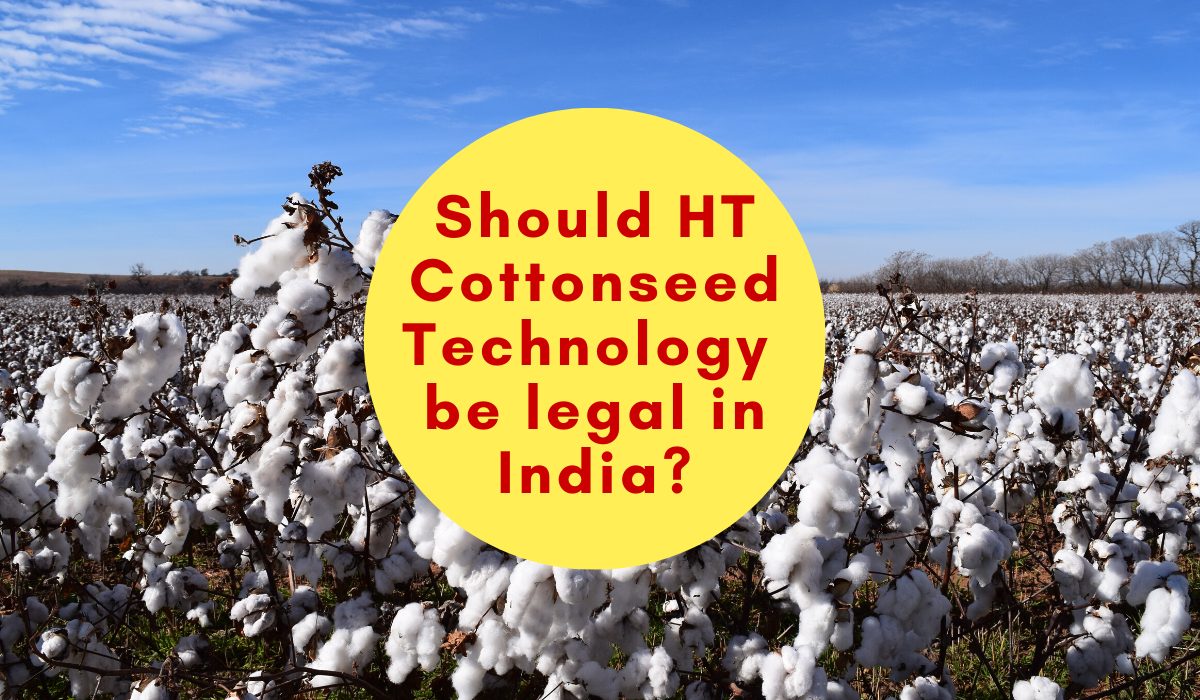 Major cotton producing countries like USA, Brazil and African countries are moving ahead of India with new technology, and competitiveness of Indian cotton in global trade is eroding, Wiebusch said. “By 2028, we anticipate India to account for 65% of area increase but only 33% of production increase,” he said.

India needs to curb proliferation of illegal seed technology and implement a strong intellectual property regime to ensure that companies invest in the agriculture sector and bring in latest technologies, a top executive at Bayer CropScience that acquired MonsantoNSE -0.40 % in 2016.

The German agriculture major has made representation to the government on this regard, said Simon Thorsten Wiebusch, chief operating officer of Bayer CropScience LtdNSE -0.78 %, which last year completed integration of Monsanto’s India business with itself.

Indian farmers can benefit from the German firm’s strong pipeline of products if mutual trust is restored, he said on the sidelines of Indian Seed Congress 2020 here on Monday. The current situation is legally preventing farmers to use the latest cotton technology and making them less competitive in global markets compared to the USA, Brazil and Africa, he said.

“The bollgard III technology is in commercial planting in Australia and USA,” Wiebusch said. “It gives improved protection against fall armyworm. Also, in research and development phase we are working to resolve resistance of pink bollworm.”

In India, Monsanto introduced its first-generation Bt cotton, called Bollgard I (BG-I) in 2002 followed by Bollgard II (BG-II) in 2006.

The herbicide-tolerant (HT) cottonseed technology developed by Bayer, which has not yet received permission from the Genetic Engineering Approval Committee, is being grown illegally in the country since 2018, he said.

“They (farmers in India) are using it even though it’s not even regulated, and source of sales is not even clear,” Wiebusch said. “We have approached the government to investigate the issue, solve this situation, and potentially make the technology legal, as its clear that farmers need access.”

According to industry insiders, the area under HT coverage is over 10% of the 12.8-million-hectare cotton area in the country.

Wiebusch said once it gets approval the company will take two to four years to launch the technology. “It’s now a question on when we have discussion with the government on whether they want to deregulate it and what type of additional information they require from us,” he said. “We know farmers in India are inclined to use technology to produce more and reduce risks.”

Major cotton producing countries like USA, Brazil and African countries are moving ahead of India with new technology, and competitiveness of Indian cotton in global trade is eroding, Wiebusch said. “By 2028, we anticipate India to account for 65% of area increase but only 33% of production increase,” he said.

Proliferation of illegal HT technology has high risk of resistance and trait-quality. “Currently, there is no testing for gene expression or purity,” Wiebusch said. “There is no education on the right way to use the seed and there is no control on seed price.”

The illegal HT cotton seed was being quoted at Rs 1,000-1,500 per 450-gram packet compared to the government fixed price of Bt cotton seed at Rs 730 per packet.

Source: This story first appeared in The Economic Times News Feed without any modifications to the text. Only the headline has been changed.