BlogAgri News“Farmers have no idea what system big company’s seed is bred in or grown in” says Zachary Paige from North Circle Seed, Minnesota. 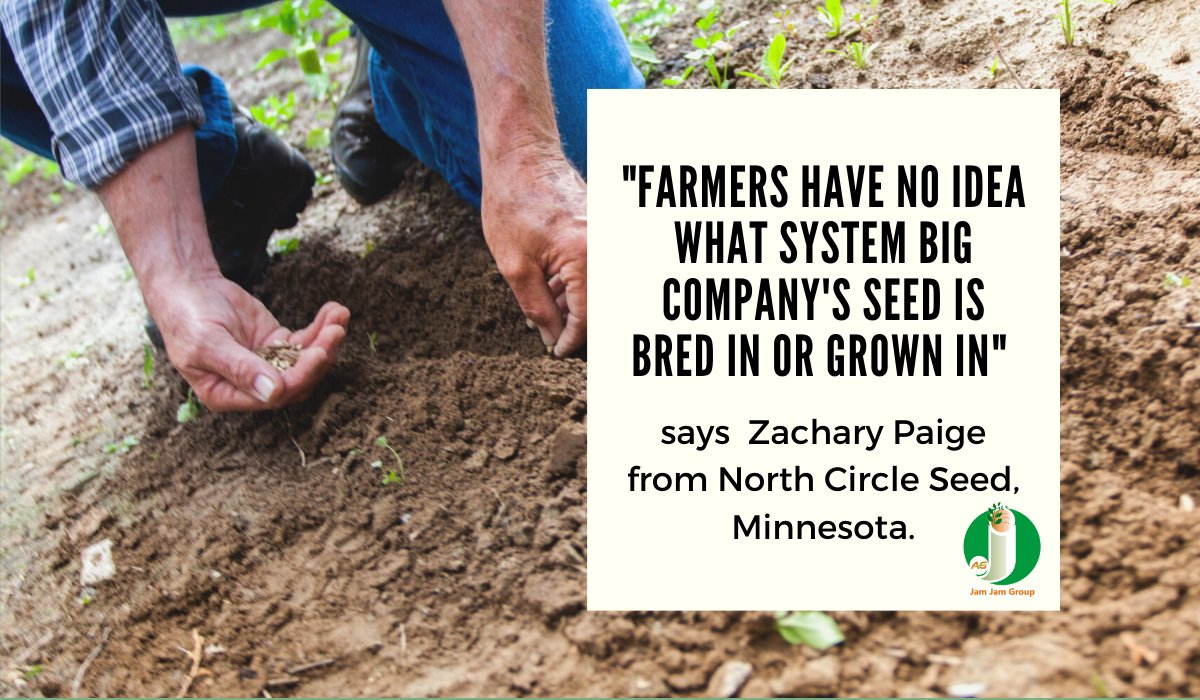 “We wanted to get pretty much everything,” Paige said.

Paige said his goal is to help farmers grow their food sources while creating a diverse, equitable and inclusive food system.

To do that, he sells open-pollinated seeds that are grown on chemical-free farms with sustainable and organic practices. The seeds are regionally adapted, meaning that they are used to Minnesota soils and growing conditions, unlike most other seeds sold from big companies, Paige said.

When you buy from those big companies, “you have no idea what system that seed is bred in or grown in,” he said. “If it’s from Mexico or somewhere drastically different, the disease pressure is going to be different” along with other changes.

The seeds that Paige sells are grown at six Minnesotan farms, four of them in the lakes area.

“I see it as a Minnesota seed collective,” he said.

Nature, seed saving and agriculture have been Paige’s interests for years. He’s lived and worked in New York, Vermont and other places, trying to find the right work that immersed himself in those fields, but couldn’t find something satisfying. In 2012, he moved to Minnesota to work in White Earth on land recovery projects, he said.

“I wanted to learn a native perspective and learn the difference between wild foods and cultivated foods,” Paige said. “I was also kind of curious about seed saving.”

A few years later, that curiosity kept growing and led to him starting North Circle Seeds. The process to starting was quick, as Paige just bought his farm last year.

Paige chose the name North Circle Seeds to “represent the location and … the community, and then also it’s kind of like a metaphor of the circle of sustainability,” he said, adding that he means the circle of saving your own seeds and the circle of seed growers.

“It’s kind of in the infancy stage,” he said. “I was just eager to kind of get it out there.”

Even though his business is new, Paige is working on adding more farmers and products for the future.

“We’ve got a few (seeds) that we’ll be working on adding,” Paige said. “There’s a lot of momentum or interest in growing broccoli for some reason.”

One of his top sellers is a rare carrot, called the Early Scarlet Horn. His other top sellers are the Fortex green bean and the pinky popcorn.

“That’s a Minnesota heirloom from the ’40s,” Paige said about the pinky popcorn. “It was bred and grown here in that time, so we’re trying to bring that back.”

Bringing back old and rare seeds is another aspect of the North Circle Seeds business: seed preservation. While that isn’t the focus of his business, the two tend to go hand in hand.

Paige is hoping to make the seed growing business a full-time job in the future. He has multiple events this spring, educating people on his seed saving work and teaching them how they can take small steps to do the same thing and change farming in Minnesota.

Source: This story first appeared on The Post Bulletin News Feed without any modifications to the text. Only the headline has been changed.