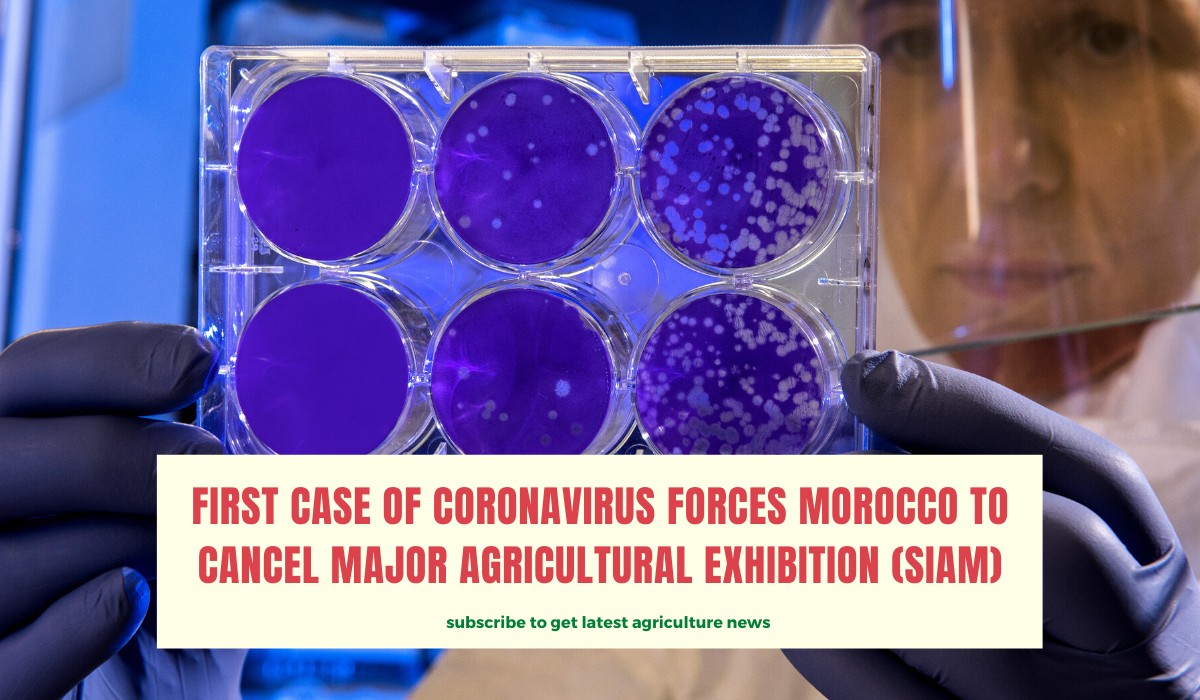 The SIAM exhibition was set to take place between April 14-19 in Meknes.

The organizers of Morocco’s International Agricultural Exhibition (SIAM) have canceled the 2020 event as part of the government’s preventive measures against the spread of the novel coronavirus, COVID-19.

The 15th SIAM was scheduled in Meknes between April 14-19. The Ministry of Agriculture and the SIAM Association announced the decision on Monday, March 2, through a press release.

SIAM is Morocco’s most important annual agricultural fair. Last year, the exhibition attracted more than 850,000 visitors and 1,365 exhibitors from 60 countries.

King Mohammed VI launched SIAM in 2006, as part of Morocco’s Green Plan, aiming to promote local agricultural products and turn agriculture into a locomotive for the Moroccan economy.

The cancellation is one of a number of measures taken by Moroccan authorities to control the spread of the COVID-19 in Morocco.

On Monday, the Ministry of Health confirmed Morocco’s first case of the novel coronavirus. A Moroccan national residing in Bergamo, northern Italy, carried the virus to Morocco.

The patient is in a stable condition and remains in quarantine at the Moulay Youssef Hospital in Casablanca, assured the ministry.

The detection of the first case brings Morocco’s strategy against the COVID-19 to its second phase, consisting of control of the outbreak and minimizing the risk of infection.

Authorities have implemented several measures, including restrictions on mass gatherings.

While the SIAM is the first event to be canceled in Morocco, it remains to be seen if authorities will cancel more international meetings. The country is known for being a favorite destination for international events in all fields, including politics, diplomacy, culture, and sports.

Morocco is fully prepared to tackle the epidemic, announced the Ministry of Health on many occasions. However, the statements did not completely soothe the fears of Moroccans.

Before the detection of the first case, hundreds of Moroccans took to social media to complain about the lack of medical masks at Moroccan pharmacies nationwide.

Several news outlets speculated that pharmaceutical companies had stopped supplying pharmacies with medical masks in order to sell them for higher prices after the outbreak.

In response to the mounting concerns, the Director of the Virology Department at the Ministry of Health, Mohammed Al Youbi, told the press that the ministry “can afford medical masks for free if needed.”

Source: This story first appeared on Morocco World News Feed without any modifications to the text. Only the headline has been changed.