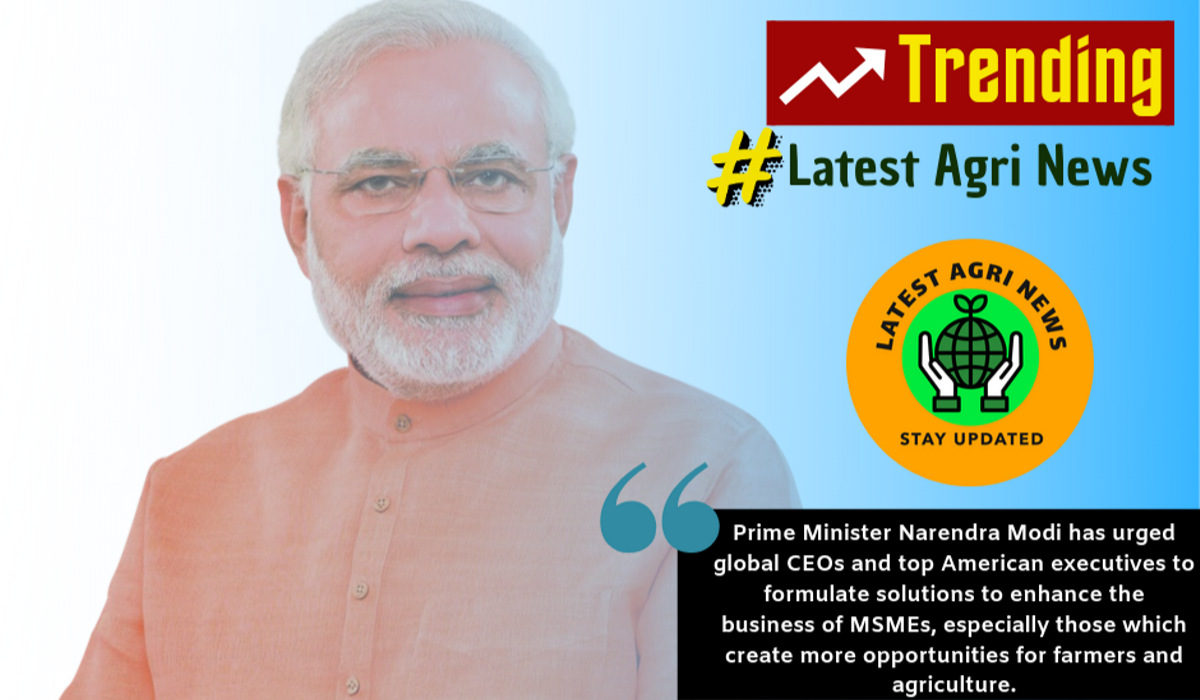 Chairing an exclusive roundtable with 42 global CEOs and top executives from across 20 sectors, Modi on Wednesday stressed on continued political stability in India, predictability of policy, and pro-development and pro-growth policies.

He emphasized the development of tourism, plastic recycling, and waste management initiatives, and to enhance the business of MSMEs, especially those which create more opportunities for farmers and agriculture.

“Captains of industry interact with PM Narendra Modi in New York. The extensive agenda includes harnessing investment opportunities in India and boosting commercial linkages between India and the USA,” the PMO said in a tweet.

“PM at the CEO Roundtable in New York highlighted the steps taken by India to build a USD 5 trillion economy. The global business community is upbeat about the India success story,” Ministry of External Affairs Spokesperson Raveesh Kumar tweeted.

The CEOs appreciated the efforts made by India in striving towards ease of doing business and many reforms that have led to a conducive environment for investors. They also lauded Modi for taking strong decisions and making India more investor-friendly.

“The leaders also mentioned that their companies remained committed to the growth story of India and, on the back of this, continued to grow their footprint in India,” an official statement said after the meeting.

The companies that participated in the roundtable had a combined net worth of USD 16.4 trillion, of which their net worth in India is USD 50 billion.

Modi “urged the companies to leverage the Startup India innovation platforms in partnership with other countries — to make solutions not only for India but for the world, including challenging issues like nutrition and waste management,” the statement said.

The DPIIT- and Invest India-organized interaction included Commerce Minister Piyush Goyal and senior officials from the Department of Promotion of Industry and Internal Trade and Ministry of External Affairs.

Following the roundtable, Bank of America CEO Brian Moynihan said it is always great to hear from the prime minister about his vision for India.

The American banking giant has been in India for several years and has 20,000 teammates who work in the country.

“We are there to help support the pro-growth agenda that says consistency in rules and regulations, ease of doing business,” he said, adding that the bank’s clients and customers tell it they are more and more interested so, “I think that bodes well for the country going forward”.

Shell CEO Ben van Beurden said Modi had a very “strong and impassionate ‘Come to India’ speech” and his four D’s of democracy, demography, demand, and decisiveness are very powerful arguments to invest in India.

“We have already been convinced years before. We are in India, it’s a very important growth country for us and we continue to invest to be a leading international energy company in India. We are well on our way to meeting the prime minister’s expectations,” Beurden said.

Coca Cola chairman and CEO James Quincey said India is a big market for the beverage giant and it likes investing in the country.

“We think it’s not just an important market for us, it’s the 5th most important and we think it’s going to become the third most important,” he said, adding that Coca Cola is very excited about continuing to invest in the country and be in line with the growth agenda for the government.

IBM CEO Ginni Rometty described the meeting with Modi as “outstanding” and said the prime minister is an “authentic leader who genuinely listens to everyone’s input.”

Rometty said she went into the meeting optimistic about India and came out “even more optimistic” about the country.

“His firm intent to continue to help with the ease of doing business is a win-win for both India and IBM,” she said.

Lockheed Martin CEO Marillyn Hewson said the meeting with Modi was “excellent” and he was more than willing to have a dialogue with the CEOs. She congratulated India on its pro-growth policies.

This story has been published from a wire agency feed without modifications to the text. Only the headline has been changed.