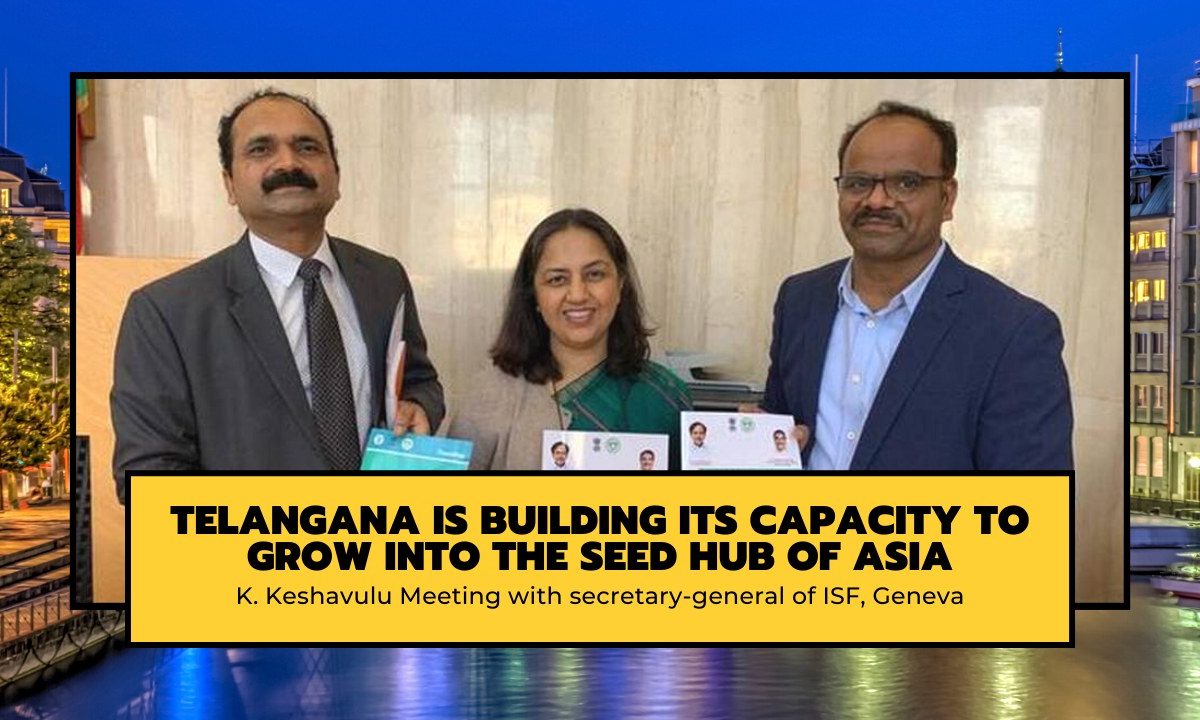 Telangana had the most conducive conditions for quality seed production, processing, packaging and storage.

The International Seed Federation (ISF) has suggested the Telangana government to build its capacity to face the challenges in the seed sector with State having potential to grow into the regional seed hub of Asia to begin with.

Director of Telangana State Seed and Organic Certification Authority (TSSOCA) K. Keshavulu had a meeting with secretary-general of ISF, a non-government non-profit making body established in 1924 with a mission to create the best environment for the global movement of seed and promote plant breeding and innovation in seed, Micheal Keller in Geneva on Saturday and discussed about strengthening the seed sector in Telangana.

Mr. Keshavulu stated that he had explained to the ISF executive that Telangana had the most conducive conditions for quality seed production, processing, packaging and storage. That was the reason why about 400 private seed companies have their operations in Telangana doing an annual seed trade of about ₹6,000 crore.

“Telangana government to build its capacity in the seed sector to grow into the regional seed hub of Asia.”

In another meeting with the executive of Trade and Agriculture Directorate of the Organisation for Economic Cooperation and Development (OECD) Seba Gaspar in Paris, Mr. Keshavulu urged the OECD to promote export of quality seed from India to the member countries. Although India became a OECD member in 2008 no efforts were made to certify seed with OECD protocols till Telangana became the designate authority for certification seed produced in nine States.

In 2016, TSSOCA took up export of certified seed to OECD countries for the time in the country and exported 7,241 quintals of paddy, maize, sorgum, sunflower, pearl millet and other seed in 2016-17, 8,028 quintals in 2017-18 and 6,800 quintals in 2018-19 to Egypt, Sudan, Philippines, Tanzania, Italy and other countries, Mr. Keshavulu explained. The OECD executive felt that there higher potential for seed exports from Telangana to more African countries.

Later, Indian executive in FAO B. Rajender along with Mr. Keshavulu had a meeting with Indian Ambassador for Italy Reenat Sandhu in Rome. Ms. Sandhu assured that she would arrange a meeting between TSSOCA with seed industry representatives of Italy soon.

This story first appeared on: The Hindu News Feed without any modifications to the text. Only the headline has been changed.