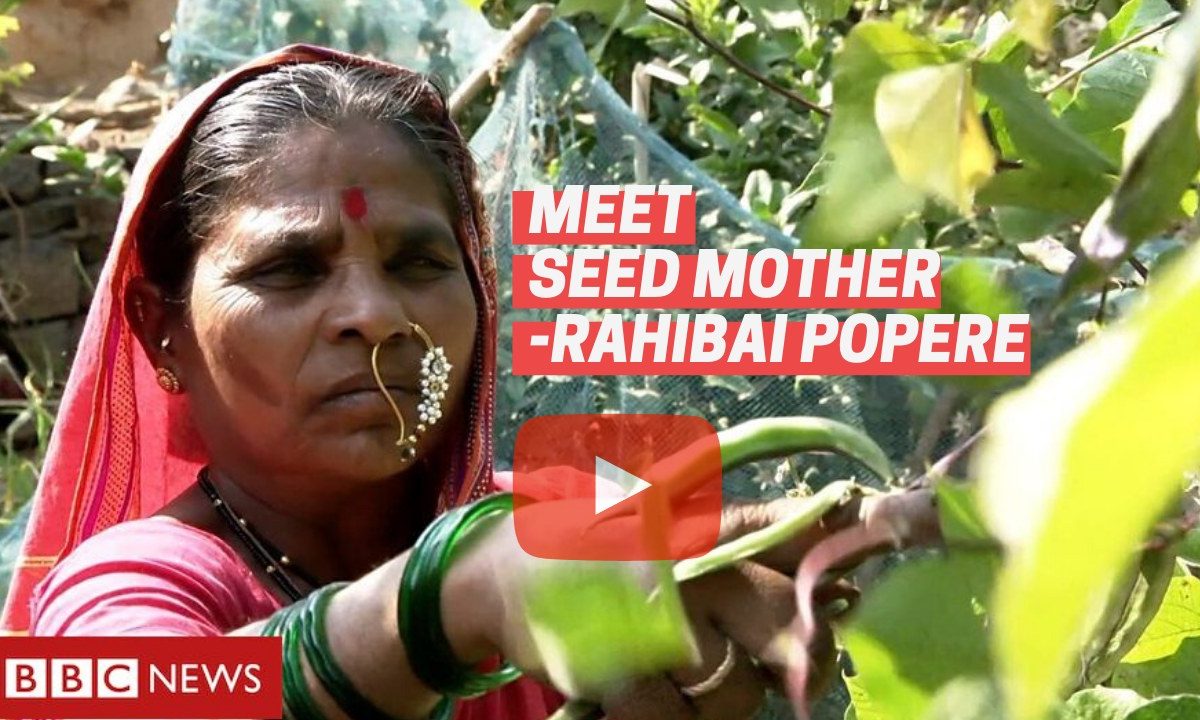 Even in today’s time when the wave of feminism is spread across the world, you can still find gender disparities in different fields. The field of agriculture is not exempted from the disparities. A tough job like farming doesn’t go well with the delicate hands of women – this is what many people think!

Busting these myths, many women farmers are emerging who are standing out from the crowd, not because they are women, but for contributing more than many other male farmers. One such woman farmer is Rahibai Popere, popularly known as ‘Seed Mother of India’. Meet Rahibai Popere, an Indian women farmer who has registered her name in the BBC List of “100 Women 2018”. Adding another feather in her cap, Rahibai has been conferred as a recipient of the fourth highest civilian award ‘Padma Shri’ this year.

Rahibai Popere comes from Kombhalne, a small village located in the Ahmed Nagar district in the state of Maharashtra. A 54 years old woman who had no formal education in the field of agriculture, Rahibai has earned the tag of ‘Seed Mother’ only because of her immense knowledge of different varieties of native or indigenous seeds and crops and her countless efforts to save these crops. An expert in subjects like agro-biodiversity and landrace conservation, she has also formed several innovative techniques in the cultivation of paddy crops.

She has a vast stretched farmland of fifty acres where she grows 17 different crops. In her own garden/farm, she has 114 varieties of 53 crops that are preserved in traditional and tribal ways. In an interview, she says, “Native crop varieties are not only drought and disease resistant, but are nutritive and retain the soil fertility as they do not need chemical fertilizers and excessive water.”

Her Source of Inspiration

The thought of saving the indigenous crops struck her mind when the people in her village started to fall ill frequently. In an interview with BBC, Popere says, “Sickness has increased among villagers. We didn’t have malnourished children before. I thought it was happening because of hybrid foods and chemical fertilizers. Indigenous crops need only water and air to grow but hybrid crops require more water and chemical fertilizers.”

Despite receiving constant criticism from other villagers, her own family and even from other women, Popere never held back herself and kept walking on her own path. She says, “If I hadn’t tolerated their remarks and comments, these seeds would have vanished from the earth. Nothing would have remained if I had listened and kept quiet.”

This story first appeared on: Krishi Jagran News Feed without any modifications to the text.

I want contact details of Seed Mother Rahibai Popere. need to purchase a seed from her.
please provide the details.