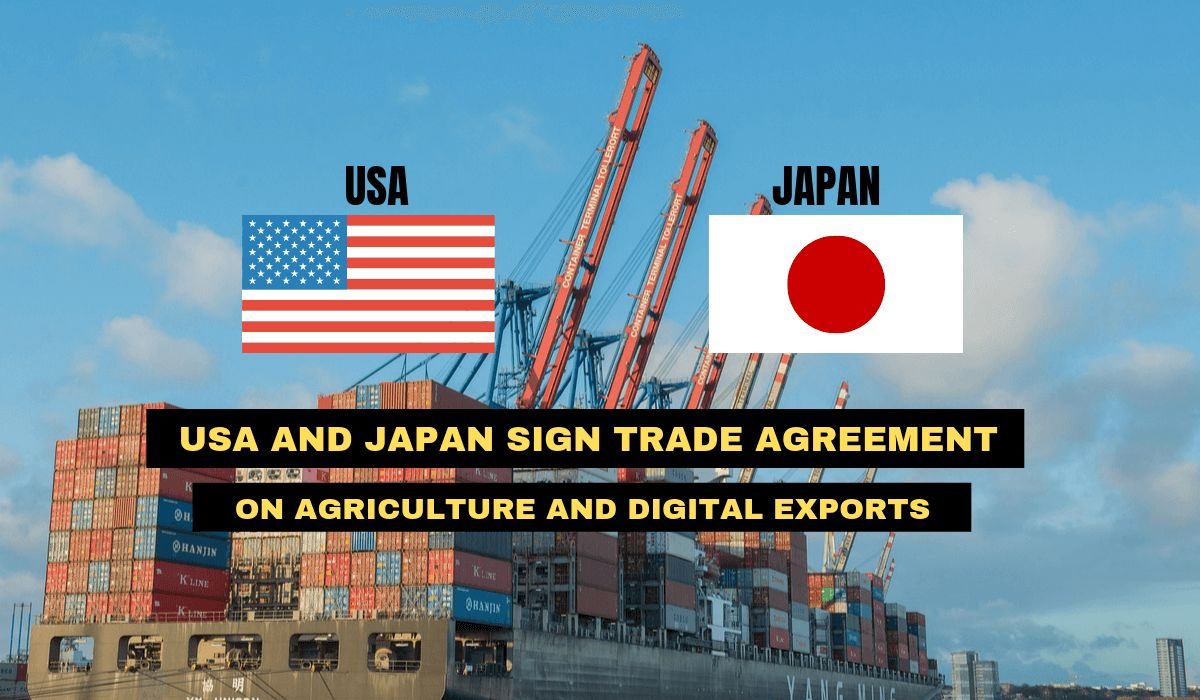 According to the White House, the agreements will provide a tremendous boost to American farmers, workers and businesses. The US and Japan have signed trade agreements on agriculture and digital exports, which American President Donald Trump termed a “tremendous victory” and said will help create jobs, expand investment, promote fairness and reduce trade deficit between the two countries. The two agreement signed at the White House were the new US-Japan Trade Agreement and the US-Japan Digital Trade Agreement.

“These two deals represent a tremendous victory for both of our nations. They will create countless jobs, expand investment and commerce, reduce our trade deficit very substantially, promote fairness and reciprocity, and unlock the vast opportunities for growth,” Trump told reporters on Monday during the signing ceremony at the White House. In the United States, these deals are a game changer for its farmers and ranchers providing them with significantly enhanced access to a critical foreign market, he said. Trump said the signing of the agreements will benefit both the countries.

According to the White House, the agreements will provide a tremendous boost to American farmers, workers and businesses. It said Trump will continue to work towards achieving a final comprehensive trade agreement with Japan. Describing this as a tremendous victory for American farmers, as they will have expanded access to a fairer market to export their products, the White House said Japan is US’ third largest agricultural export market and accounted for USD 14.1 billion in food and agricultural exports in 2018.

“Japan will eliminate or reduce tariffs on approximately USD 7.2 billion in United States agricultural exports. Japan will eliminate or significantly lower tariffs on American beef, pork, poultry, wheat, cheese, wine, ethanol, and more,” the White House said. “Once this agreement is implemented, over 90 per cent of United States agricultural imports into Japan will be duty free or receive preferential tariff access,” it said.

This news has been published in financial express without modifications to the text. Only the headline has been changed.