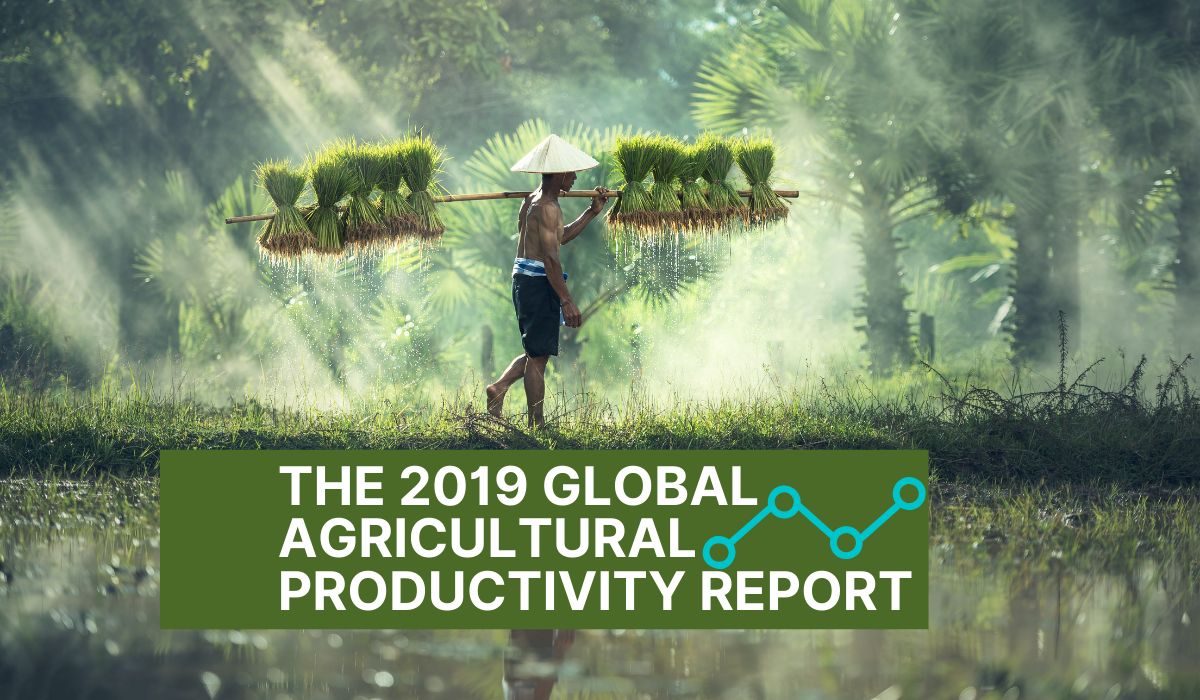 According to the report’s Global Agricultural Productivity Index, global agricultural productivity needs to increase at an average annual rate of 1.73 percent to sustainably produce food, feed, fiber, and bioenergy for 10 billion people in 2050.

Productivity growth is strong in China and South Asia, but it is slowing in the agricultural powerhouses of North America, Europe, and Latin America.

The report calls attention to the alarmingly low levels of productivity growth in low-income countries, where there also are high rates of food insecurity, malnutrition, and rural poverty.

Agricultural productivity growth in low-income countries is rising at an average annual rate of just 1 percent. The UN Sustainable Development Goals call for doubling the productivity of the lowest-income farmers by 2030.

The report calls for a strong focus on countries with high rates of population growth, persistent low levels of agricultural productivity, and significant shifts in consumption patterns—the primary drivers of unsustainable agricultural practices, such as converting forests to crop and rangeland.

“These productivity gaps, if they persist, will have serious ramifications for environmental sustainability, the economic vitality of the agriculture sector, and the prospects for reducing poverty, malnutrition, and obesity,” said Ann Steensland, author of the 2019 GAP Report and coordinator of the GAP Report Initiative at Virginia Tech.

“Decades of research and experience tell us that by accelerating productivity growth, it is possible to improve environmental sustainability, while ensuring that consumers have access to the foods they need and want,” said Tom Thompson, associate dean and director of global programs for the Virginia Tech College of Agriculture and Life Sciences.

Productivity growth is generated by such innovations as precision agriculture technology and improved seeds and best practices for nutrient management and animal health. Attention to ecosystem services, such as pollination and erosion prevention, can increase and sustain productivity gains over time.

Historically, productivity growth has been strongest in high-income countries, such as the U.S, with significant environmental benefits.

Between 1980 and 2015, productivity gains led to a 41 percent decrease in the amount of land used in U.S. corn production, irrigation water use declined 46 percent, greenhouse gas emissions declined 31 percent, and soil erosion declined (tons of soil loss per acre) by 58 percent.

Animal agriculture in the U.S. has experienced similar productivity gains, dramatically reducing the environmental footprint of the livestock production. According to Robin White, assistant professor of animal and poultry science at Virginia Tech, if livestock production in the U.S. was eliminated, total U.S. greenhouse gas emissions would decline by only 2.9 percent.

In the absence of further productivity gains in Total Factor Productivity, more land and water will be needed to increase food and agriculture production, straining a natural resource base already threatened by climate change.

Unable to afford higher-priced nutrient-dense foods, such as animal proteins and fruits and vegetables, consumers will rely on foods made from cheaper cereal grains for most of their calories, exacerbating skyrocketing obesity rates in adults and children.

Beginning this year, the GAP Report was produced by Virginia Tech’s College of Agriculture and Life Sciences. The GAP Report brings together expertise from Virginia Tech and other universities, the private sector, NGOs, conservation and nutrition organizations, and global research institutions. The report is part of the Global Programs Office unit within the College of Agriculture and Life Sciences that builds partnerships and creates global opportunities for students and faculty.

The GAP Report is supported by the Virginia Tech College of Agriculture and Life Sciences and its supporting partners: Bayer Crop Science, Corteva Agriscience, John Deere, The Mosaic Company, and Smithfield Foods.

This post has been published in phys org news feed without modifications to the text. Only the headline is changed