BlogUncategorized @thWhat if all vegetation is lost on earth during apocalypse? 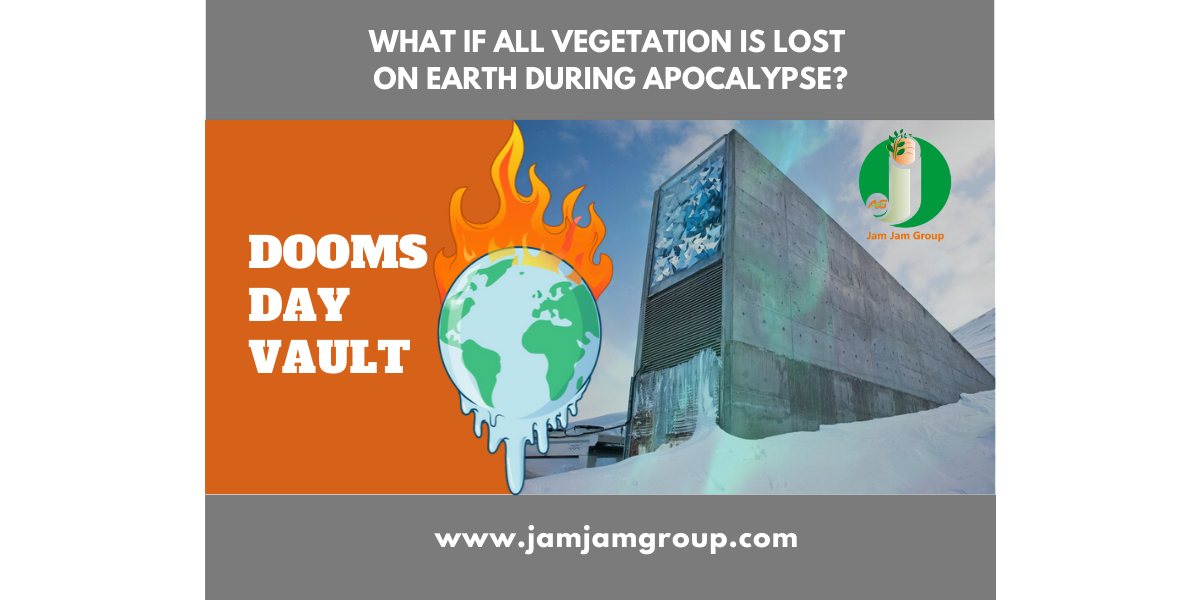 Posted on in
Uncategorized @th

What if all vegetation is lost on earth during apocalypse?

Let’s be optimistic and assume that we manage to avoid a nuclear apocalypse, an extinction-sized asteroid, or deadly radiation from a supernova. This will last for about 6 billion years until the sun turns into a red giant star, swelling to the orbit of Earth and melting our planet. It sounds like a lot of time. But don’t get too relaxed. The main threats are coming up by manmade disasters like water scarcity, habitat loss, global warming, climate change and melting of the ice caps that could easily destroy the crop diversity.

Superman had it right: if you would like to keep something safe, build a mountain fortress above the Arctic Circle. There are more than thousands of seed banks located all over the world. One among them is the ‘global seed vault’ which represents the world’s largest collection of crop diversity. Deep inside a mountain in the Svalbard archipelago, halfway between mainland Norway and the North Pole in a remote island located the World’s largest secure seed storage – ‘Svalbard Global Seed Vault’. This seed vault is built to withstand the test of time and the challenges of natural or man-made disasters. Here’s a short documentary presentation brought to you by Jam Jam Group. Come let’s take a peek inside the seed vault that is designed to protect the world’s vegetation.

Let’s dig into its history:

The Svalbard International Seed Vault, also known as the Doomsday Vault, opened in February 2008. This vault is started by a Conservationist Cary Fowler, in association with the ‘Consultative Group on International Agricultural Research (CGIAR)’ to preserve world crops & plant seeds that are duplicate samples or “spare” copies of original seeds present in gene banks worldwide. The Norwegian government entirely funded the vault’s construction of approximately US$8.8 million in 2008. Primary funding for the Trust comes from organizations like ‘Bill & Melinda Gates Foundation and from various governments worldwide.

Svalbard is a remote area but it is the most secured & accessible location. Entry inside the vault is restricted but Svalbard Science Destination offers tours to visitors who wish to view the vault from the outside. Currently, the Global Seed Vault holds more than 9, 83,500 seed samples almost seeds from every country in the world.

Seed Vault is designed to preserve the world’s crops and plants in case of a global disaster.

“BUILT TO STAND THE TEST OF TIME”

The Svalbard Global Seed Vault’s mission is to provide safety against accidental loss of traditional seeds due to global disasters in gene banks. But, it has been frequently accessed when gene banks lost samples due to wars, mismanagement, accident, equipment failures, and natural disasters. The seeds are located inside rock vaults approximately 120 meters below the ground level and are conserved in a dry environment.

How does it actually work?

The Global Seed Vault has the capacity to store 4.5 million seed samples. It currently holds more than 890,000 samples from nearly every country in the world, including varieties of staple crops like maize, rice, wheat, cowpea, barley, and potato. The storage rooms are kept at −18°C (−0.4°F). The extremely low temperature and limited access to oxygen will ensure low metabolic activity and delay the seed aging process. Even if the electricity supply fails the permafrost surrounding the vault will help to maintain the low temperature of the seeds.

MET ITS DOOM SOONER THAN EXPECTED

Since its opening, the vault saw minor water intrusion at its entrance due to warm temperatures in the winter. The permafrost has been melted and caused rain to seep in the entrance tunnel. Fortunately, the water hasn’t flooded inside the vault. Svalbard, prompting a $13 million renovation in 2018

“We have to find solutions. It is a big responsibility and we take it very seriously. We are doing this for the world,” Åsmund Asdal at the Nordic Genetic Resource Centre, which operates the seed vault, told The Guardian. “This is supposed to last for eternity.”

The samples stored in the vault will be accessible in accordance with the terms and conditions of the ‘International Treaty on Plant Genetic Resources for Food and Agriculture,’ approved by 118 countries.

The conflict in Syria escalated in 2012, and in 2015 it was clear that the ICARDA gene bank in Aleppo was unable to operate. So ICARDA gene bank has made three withdrawals of seeds; the first one in September 2015, the second in 2017 and the last one in August 2019.

So, the first withdrawal was made by the International Center for Agricultural Research in the Dry Areas (ICARDA) in 2015. 38,000 Seed samples were removed. They were used to restore ancient crops lost in the Syrian civil war. Due to difficulties by ICARDA to move its headquarters collection from Aleppo to Beirut, in September 2017 the Svalbard Vault authorized its second larger withdrawal of seeds in its history 2017. 52,451 samples were retrieved.

The apocalypse is a popular subject of sci-fi films, but there are some very real scientific theories in danger of becoming reality. Don’t panic, ‘doomsday’ seed vault is probably still safe. The doomsday vault: the seeds that will save a post-apocalyptic world. The only one way to contrast all of these problems and to protect our plant heritage